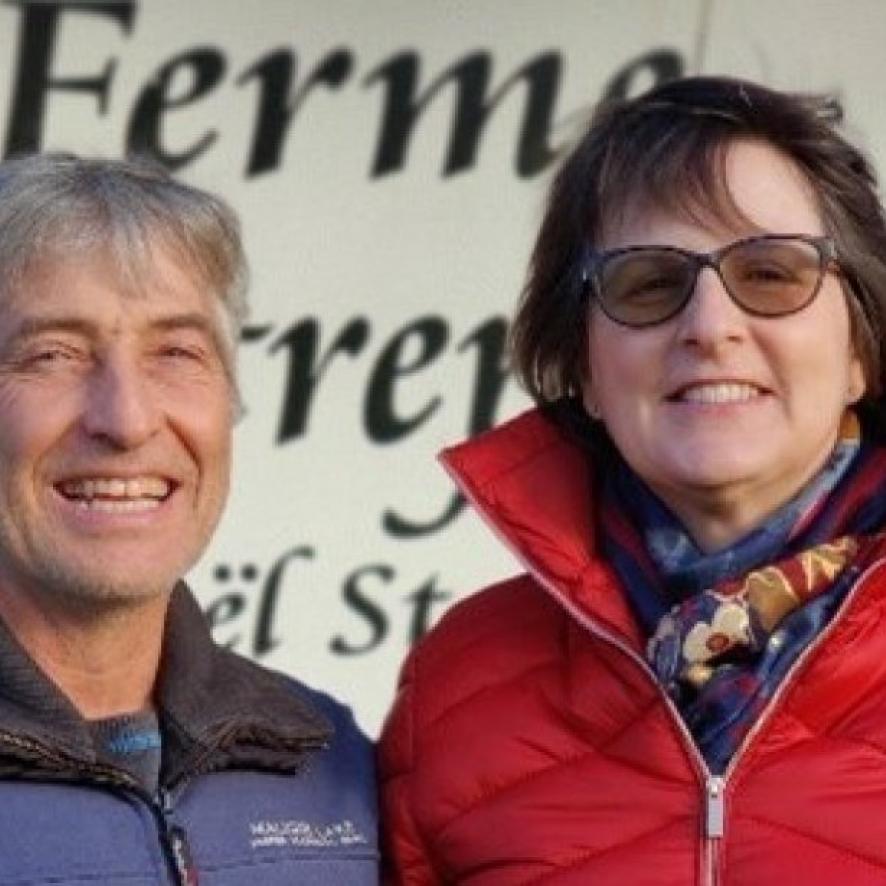 A bit of history: since 1988, Jean-Noël, along with other associates, operated the dairy farm known under the name: Ferme L'entrepont, until 2000. In the years following 2000, the vocation of this farm changes on a few occasions: export heifers until May 2003, then the semi-finishing of steers on contract until 2017. Meanwhile, in 2015, the opportunity arises to buy a farm located in front of Ferme L'entrepont and which has two empty chicken barns. It was at this point that Manon became the owner of Productions Clé des champs.

With the transformation plans in hand, Jean-Noël applied to convert the chicken permit into pig barn to Ministère du Développement Durable, de l’Environnement et de Lutte contre les Changements Climatiques (MDDELCC). After a few weeks, the change of vocation is granted. Once the transformations have been completed, the first piglets arrive at the farm in spring 2016. The same process was carried out for Ferme L’entrepont in 2017.

Jean-Noël and Manon are happy with the change in vocation of their farms. They love to see free range pigs running around in the pasture. Organic farming corresponds to their values, meaning that the animals are raised on a thick bedding which allows them to express their natural behaviour. The pigs are happy. In addition, raising hogs without the use of antibiotics, without animal by-products, without GMOs (genetically modified organism) meets their values ​​of providing healthy food to the population.

Jean-Noël and Manon like to be among the pioneers in terms of the well-being of their animals and hope that this type of farming will interest a young family also seeking these same values ​​and wishing to establish in agriculture. The main challenge they see for the future in agriculture is to find their successors, as their four children have other careers. They hope that the type of farming they have developed, which is viable for a young family, will appeal to unrelated succession.

Thank you, Manon and Jean-Noël, for your involvement in raising organic pigs and for your time.