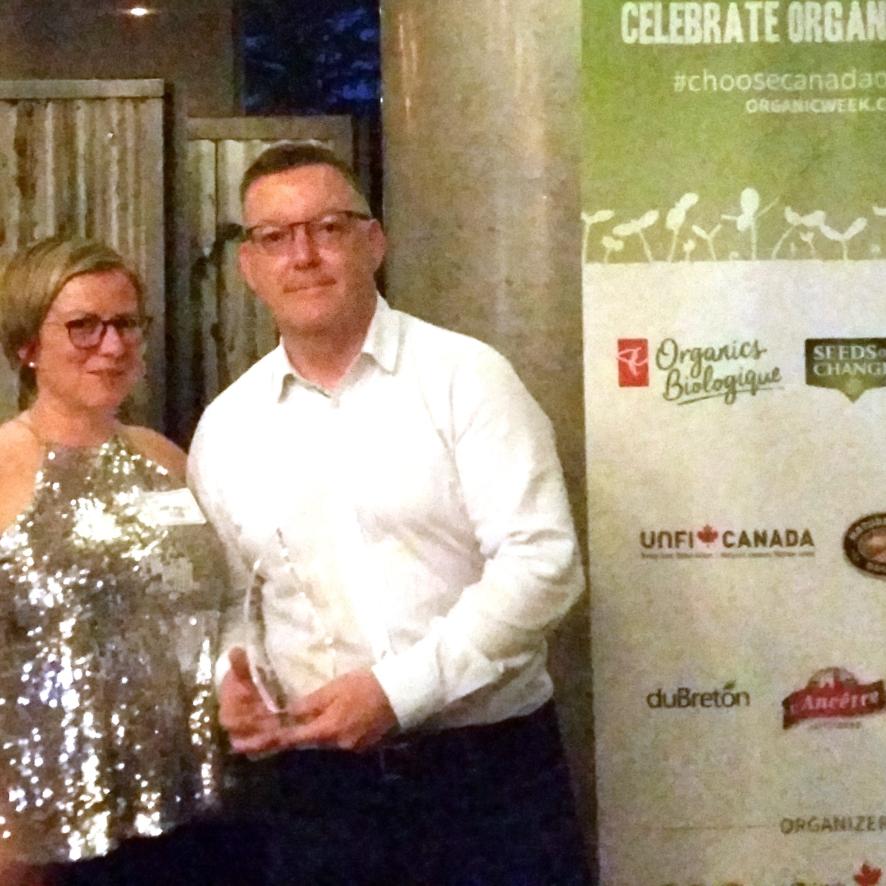 "In 2003, when we decided to go organic, we were seen as crazy people! Today we are rewarded for persevering. Organic farming is still marginal, and we often have to pave the way, take risks," says Vincent Breton. "I share this recognition with all the team members who work hard every day to maintain duBreton as a leader in organic and natural pork production in North America and to our producers who are valuable partners.

“In 2018, duBreton realised an unprecedented achievement in the organic sector by completing the transformation of all its farms to comply with the organic standards, which represented more than 90 buildings transformed in 3 years " says Tia Loftsgard, Executive Director of the Canada Organic Trade Association (COTA). “This is without a doubt, a major investment in organic farming in Canada and it certainly deserves the title of champion!”.

The ceremony was held in Toronto as part of the 10th edition of Organic Week in Canada (September 9-15). This week highlights Canada's organic foods, products and producers through events organized by individuals, businesses and community groups to highlight the benefits of organic agriculture and its positive effects on our environment.